ANAE (pronunciation: èh-nèy) is a collaboration of Arnan Natan & Anne Elise,
two Dutch artists traveling the world in an old VW LT van. Just combine the first letters of their names and there you have it: ANAE

ANAE writes, sings, produces and plays songs together, with a band or with people they meet on the way. The duo plays folk-jazz, combining folk and singersongwriter music with elements of jazz.

Soon after the couple got married in 2016, they realized they didn’t live life to the fullest. They felt they’re made to create and discover more. So, three months later they bought a van and decided to quit their jobs and sell their stuff. In the summer of 2017 they wrote their first album ‘Clean Your Room’ and released it on the day they drove off. They left The Netherlands without saving a lot of money and having a destination. The newly weds just wanted to leave everything behind and go on an adventure without having any plans. ANAE took a step in faith, trusting that God would lead wherever they’d go. And that’s exactly what happened.

After traveling in their van for 1,5 years, ANAE released their second album ‘Home Is Where You Park It’ in 2019. Written on the road, this album takes its listeners on a personal journey, as Arnan & Anne share with you the things they learned and experienced while living life on the road. 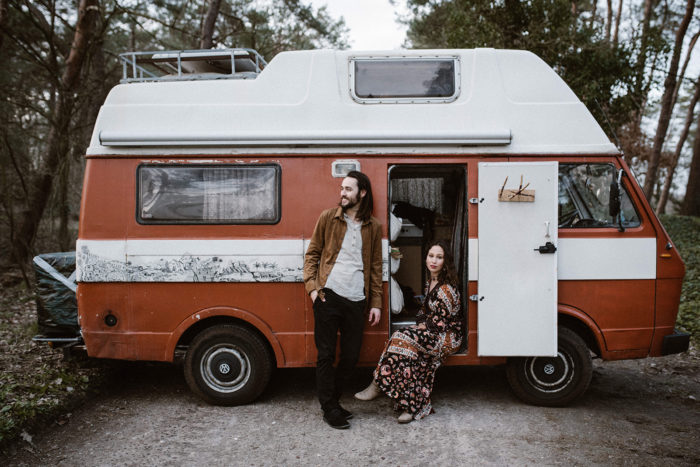 Right after releasing ‘Home Is Where You Park It’, they headed off for new adventures and traveled eversince. They’ve worked on several creative projects in Europe, America and South-America. Arnan & Anne play music on the streets wherever they go. It’s part of the work they do as Songbirds Of Passage, a traveling band they started together with their friends Herman & Sietske. Next to making music, Arnan & Anne make their own theatre performances and sell handmade products. They love to create, learn new things and explore their talents in different ways, hoping it will inspire others around them. 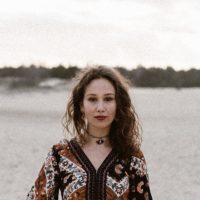 Arnan Natan Kaemingk (1995) is a multi-instrumentalist, composer, songwriter and producer known for his never ending energy and his talent for improvisation.

Arnan graduated in 2016 at the ArtEZ conservatory in Enschede. He studied jazz and his main instruments were saxophone, piano.

Anne Elise Kaemingk (1992) is a singer, songwriter, composer, actress and theatre director known for her versatility and talent to move the audience.

Anne graduated in 2015 at the ArtEZ conservatory in Arnhem. She studied music theatre with main subjects singing, acting and dancing.

Ah nee! Not sure how to pronounce ANAE?
Don’t worry, you’re not the only one who’s struggling:)
We’ve been there, so click here and let us help you!

This website uses cookies to improve your experience while you navigate through the website. Out of these, the cookies that are categorized as necessary are stored on your browser as they are essential for the working of basic functionalities of the website. We also use third-party cookies that help us analyze and understand how you use this website. These cookies will be stored in your browser only with your consent. You also have the option to opt-out of these cookies. But opting out of some of these cookies may affect your browsing experience.
Necessary Altijd ingeschakeld

Performance cookies are used to understand and analyze the key performance indexes of the website which helps in delivering a better user experience for the visitors.

Analytical cookies are used to understand how visitors interact with the website. These cookies help provide information on metrics the number of visitors, bounce rate, traffic source, etc.

Advertisement cookies are used to provide visitors with relevant ads and marketing campaigns. These cookies track visitors across websites and collect information to provide customized ads.

Other uncategorized cookies are those that are being analyzed and have not been classified into a category as yet.